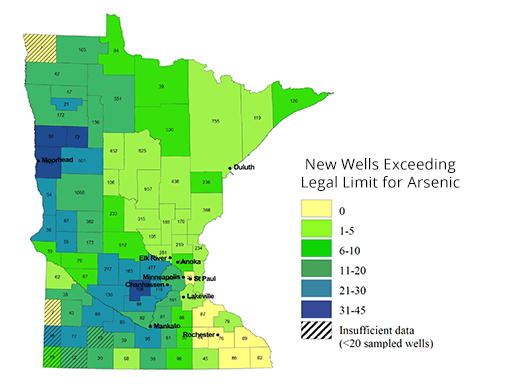 Arsenic is a naturally occurring mineral commonly found in the rocks and soil throughout all of Minnesota. It makes total sense that we would find arsenic in a lot of the water we pull out of the ground throughout the state. It’s important to know that drinking arsenic is not a good idea and can lead to cancer and other serious health effects. As part of our ongoing effort to shed light on the world of groundwater, we have written this article as a collection of information on arsenic in the groundwater throughout Minnesota.

Arsenic in the Groundwater Across the State of Minnesota

Scientists at the U.S. Geological Survey have teamed up with staff at the Minnesota Department of Health to assess the distribution of arsenic in the groundwater across the state of Minnesota. It is estimated that roughly 15% of the groundwater statewide contains arsenic levels that are above the Environmental Protection Agency’s maximum standard of 10 micrograms per liter. It’s thanks to these studies that we know that more than one-third of water wells being drilled in certain Minnesota counties contain arsenic levels beyond this limit. – UGSG 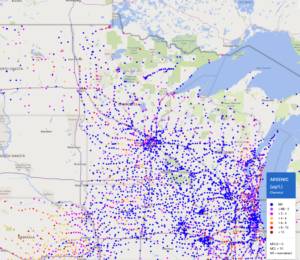 We can get a really good visualization of arsenic levels using tools like the awesome interactive map created by the Water Quality Association. This map shows arsenic levels based on color, so the dark blue is the lowest level measured while the dark brown is the highest. It doesn’t take long to see where the higher levels are being found. 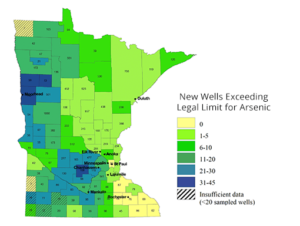 Another great infographic was created by Premier Water. It’s even easier to see here where the main concentrations of arsenic-containing wells are. If you think you might be in one of these areas and haven’t had your water tested, now is the time.

Arsenic is almost always a natural occurrence, but it can also be leftover from human behavior. Until 2004, arsenic was used in wood preservatives on lumber that was commonly used in residential buildings and schools. According to a fact sheet put out by the Minnesota Department of Health, this arsenic doesn’t typically make it too far from its original location. 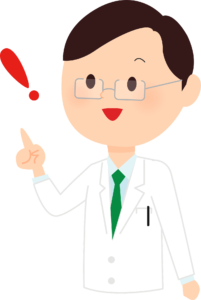 It can take many years to develop symptoms, so it’s critical you take the necessary precautions to make sure you and your family aren’t ingesting this poisonous mineral. Companies like these will be happy to test your water and tell you exactly what’s in it. The State of Minnesota also offers testing through accredited laboratories found here.

If your water well was drilled recently, then your drilling contractor tested the water, as is protocol. If you aren’t sure what the results were, you can reach out to them for the information.

How to Remove Arsenic From Drinking Water

The most common and cost-effective method of removing arsenic from water is called Reverse Osmosis. RO is explained by the Oregon Health Authority as a form of filtration on the molecular level. The water is passed over a membrane that has microscopic holes in it. These holes are so small that only water molecules can fit through them while larger molecules, such as arsenic, are blocked from going through. This method of filtration also works on other contaminants such as lead, iron, and chromium.

Studies show that Reverse Osmosis Filtration is up to 95% effective at removing arsenic from drinking water.

The downsides of Reverse Osmosis are as follows:

Besides Reverse Osmosis, there are other water treatment methods that can effectively remove arsenic from drinking water. They are:

See Something I Missed?

If you have suggestions on additional information we can include, want to provide feedback, or have any questions we might help you answer, please drop by the comment section at the bottom of the page. Thanks for reading!